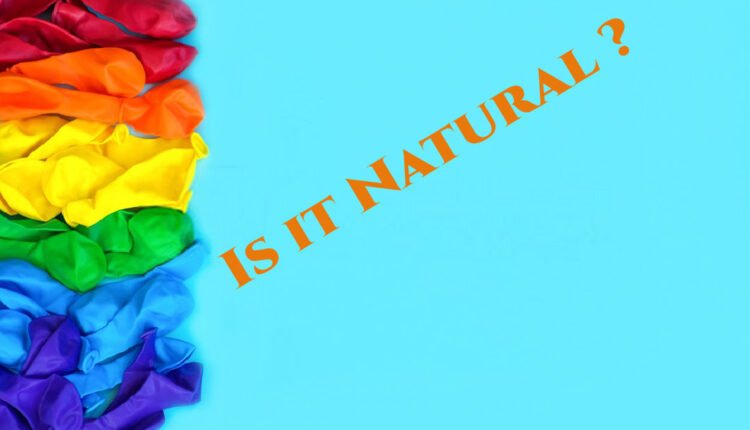 Let us for some minutes forget about what the religion, society, or modern culture says. Let us focus on one thing where it all began, the origin. Do our ancestors in our ancient civilizations have come across this term of sexuality, where there was any acceptance for same-sex relationships, transgender, bisexuality, Asexuality or any other sexual orientations that we see and hear it now -a- days.

I am not going to refer any information related to “theory of evolution” or mankind existence scientifically but we do know that we all came from Animals as the saying goes “Human is a Social Animal” except for the sixth or higher senses both human and animals share some personality traits. Before human civilization made its existence it was the animals who stepped foot in this kingdom of life and we agree that.

One of the main argument that many societies claim that “If Homosexuality is unnatural” so on what basis it is un-natural, we do not know that, some argue that it is a sin that two people of the same gender or same-sex because reproduction or existence of new life is not possible, so the only natural state of the relationship is to reproduce. All these are totally arguments there is no evidence stating that homosexuality is sin or unnatural. It is all the society, culture and group of people who induce false theory and concepts in writings and through communication, all these information are passed on from generation after generation by making the people fear for their religious rituals and societal status made people to completely ignore the term of homosexuality and started saying that is unnatural. If it is unnatural let us think why Animals show homosexual behavior? For reproduction, animals follow the cycle of mating with the opposite sex but once the female animals give birth to the younger ones, these female or male animals get involved in homosexuality. If nature would consider this homosexual behavior as unnatural then possibly the whole nature would have not involved it in the first place.

Researchers have recently confirmed that many animals including domestic animals involve in same-sex behaviors, most of the time it has been ignored by the farmers or the handler or they understand the involvement as a signal for reproduction or breeding. Homosexual behaviors are found in cows, bulls, and in flocks of chickens too. This behavior can also be seen in monkeys, chimpanzees, gorillas, fish, and other reptiles. Researchers also found that birds are involved in homosexual behavior for long term stable relationships. A recent study in England showed that female-female swans were nesting and one of them playing a male role in sexual activity. A male-male swan was also reported to have the same behavior pattern. Homosexual activity has been reported by scientists among rats, mice, guinea pigs, bats, porcupines, raccoons, dogs, cats, hyenas, lions, elephants, horses, donkeys, cattle, porpoises, and whales, not to mention all varieties of primates. Exclusive homosexual behavior has been found among hedgehogs, lions, dolphins, and many other animals.

There are various research-based studies were conducted all across the globe to understand homosexual behaviours among animals and there are sufficient evidence and studies that show almost 70% of the animal kingdom and birds have homosexual behaviours among their peer groups. so clearly we can understand the homosexuality is not against nature. It is a natural existence among the animals as well as it is a natural existence among the humans who are involved in same-sex relationships. Nature hasn’t discriminated anyone for who they are or for who they love. Every individual irrespective of caste, color, creed, sexuality or religion are one in front of nature referred to as human, but it is that human who termed everything to be un-natural or crime or sin. In ancient times people worshipped and respect the other for who they are but in this modern digital world, humans forget to respect others’ feelings.

Love is a nature’s gift to everyone, there is no color, caste, religion, type, or sexuality for love. Love always shows the path, purpose, joy, and content to life. How can love be against nature when it is shown at its purest form