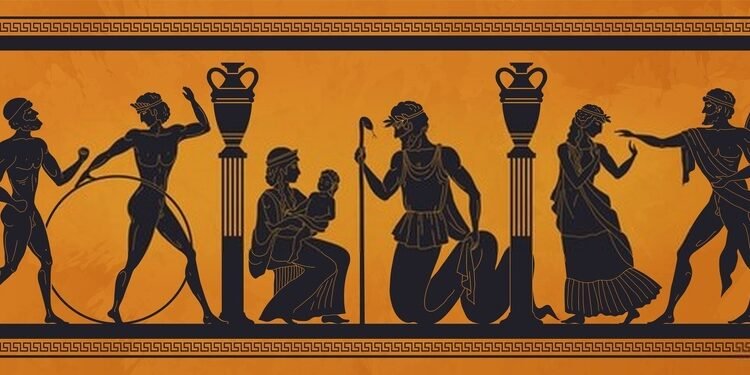 Greece has one the ancient civilization dated back some 10,000 years ago. From ancient times Greek culture has been influenced by homosexuals and homosexuality. Until the second half of the 20th century, historians tried not to refer to sexuality in Greek culture. In recent years many started referring Greek culture and its practice of homosexuality within the society to make it understanding to everyone who is against same-sex relationships.

Greek society saw homosexuality as a form of love and devotion in ancient times. Both homosexuality and homosexual practices both had a deep meaning and beautiful way of expressing love, care, and affection towards their partner. According to them, homosexuality was deeply embedded inside their social and cultural forms so they had their limitations too.

Achilles and Patroclus of Homer’s Iliad  were icons of male homosexuality. Aristotle stated in one of his books that Cretans encouraged homosexuality as a population controller on the island community in his Politics. Greek poets wrote of same-sex love and notable philosophers and writers are allowed to discuss about this topic.

Plato quoted and commented that Homosexuality is regarded as shameful by barbarians and by those who live under despotic governments just as philosophy is regarded as shameful by them because it is apparently not in the interest of such rulers to have great ideas engendered in their subjects, or powerful friendships or passionate love-all of which homosexuality is particularly apt to produce

Many Politicians, writers & philosophers like to talk, write, and even indulge in homosexual practices, many in those days in Greece conducted many stage dramas related to homosexuals and homosexuality. The form of homosexual relationship that was prevalent in those days was “Pederasty- a relationship between an adult man and a male youth”, for Greeks pederasty is more than a sexual past-time or preferences-it was referred to as a social institution. They refer it as a same-sex relationship between a guy in the age of 20s to 30s(Adult) known as “erastes” and a young boy(beardless boy) known as “eromenos” was considered as a cultural ideal and mutually beneficial. The older man (erastes) would educate, protect, love, and provide a role model for his lover, while the younger boy(eromenos) offers his partner with beauty, youth, admiration, and love. Ancient Greece was famous for “Symposion” a place where homosexual relationships started with lots of games, conversation, drinks, and fun. According to the “Oxford Dictionary of the Classical World” symposion was the main reason for the importance of homosexuality in ancient Greece as its the expression of love and sex both in a physical and spiritual concept. Many Greek works of literature have referred to poems and books.

“Plato referred that ancient civilization of Greece was a broad-minded, cultured civilization that accepts all forms of preferences that are natural and existed before Greek civilizations.”