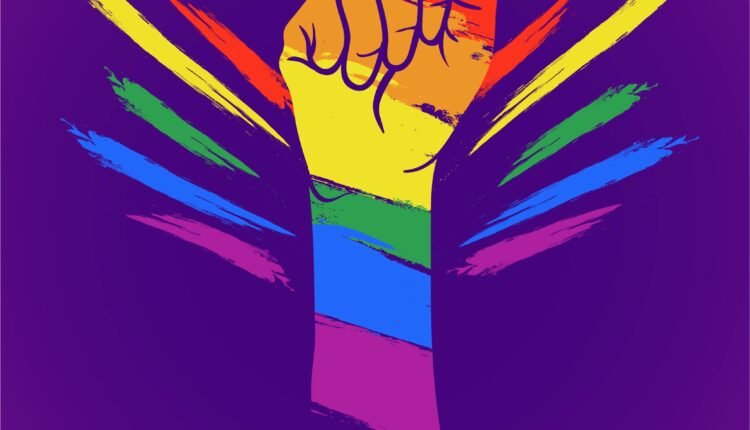 Gay is referred to as “Happiness”.Homosexuality is as old as the human race, homosexual behaviors as our society say it is a western culture but it is not a western concept it was totally there in ancient Indian culture so many years ago and it has a long-standing tradition. “Kamasutra” the ancient Hindu treatise on love, that is still now considered as the world’s old and definite guide on making of art and science of lovemaking(or referred to as sex) has dedicated an entire chapter on “Auparishtaka-homosexual intercourse”, the sage Vatsyayana who lived in between 400 to 500 AD has collected many scripts related to all these various sex techniques and gave it to the world.

In the ancient times Vatsyayana he observed that there was a many female homosexuals behavior happens in the Anthapura or harem, because according to the sage, the women in the royal kingdom, was unable to have any contact with men as they were confined within the four walls of the kingdom and more important was that they all share only one husband between them and therefore they were obliged to homosexual practices.

These homosexual behavior and practices are seen in many different times of history not only with women but with men too, there are many circumstances and situations where homosexual behaviors are unavoidable because it is a total sexual attraction for that circumstances and situations which is not carried along, these sexual attractions are not going to develop a deep emotional or romantic attraction among the two. So it is a total sex urge or drive with the same sex. These kinds of attractions are developed only because of the person’s circumstances and situation and the place they are being in. So it is been clear that homosexuality is not relationship-oriented, it is purely a behavior and practices without any emotional or romantic feelings attached.

What is the relationship? According to the oxford dictionary, a relationship is an emotional and sexual affection between two people within the same gender or opposite gender. So identifying oneself as Gay or Lesbian is referred to as “Gender Identity” as a part of who I like to be with, this identity is not going to answer “Who I am”, it just answers “who I like to be with my entire life”.

So a same-Gender relationship can be between man-man or woman-woman on a gender level which in turn can take you to sex level as in through the biological reference where sex organs and chromosomes are linked in understanding the person. But a Same-Gender relationship is purely based on the person’s preference and interest that they have for the other person in this Gays and Lesbians are attracted to same-sex or same Gender relationship that is connected with Emotional and Romantic feeling with Physical and Sexual attractions where in this kind of relationship the person commits to the relationship at a deeper level and can move forward to marrying the same person with whom they are connected.

In homosexual behavior or practices, the person need not have any Emotional bonding or Romantic feeling they may have a homosexual attraction with the same sex but they may have an emotional bonding or romantic attraction towards the opposite sex(do not confuse with bisexuality) or homosexual practices may also lead to romantic and emotional feeling but it is very rare. Gay or Lesbians they understand their identity by having a clear idea of what they want totally within a relationship, but a homosexual practice person, 90% of the time won’t commit with the person they have sexual attraction as there won’t be romantic or emotional attraction to connect with that person.

Sexuality is a bigger spectrum and there are a lot of reasons why certain people have a different orientation, we cannot define the term with certain words the same is given for identity. Identifying oneself is the long term process it takes a lot of patience to understand oneself and their interest. Homosexuality is an Orientation where people go for sexual attraction within the same- sex they need not be in a relationship and they can go for multiple sexual partners without commitment, whereas Gay or Lesbian (Same-Gender) they will be in a relationship have an Emotional, Romantic and Sexual attraction with their partner of the same gender. To understand more about LGBTQA+ Listen to our Tamil podcast

Life is Full of Colors