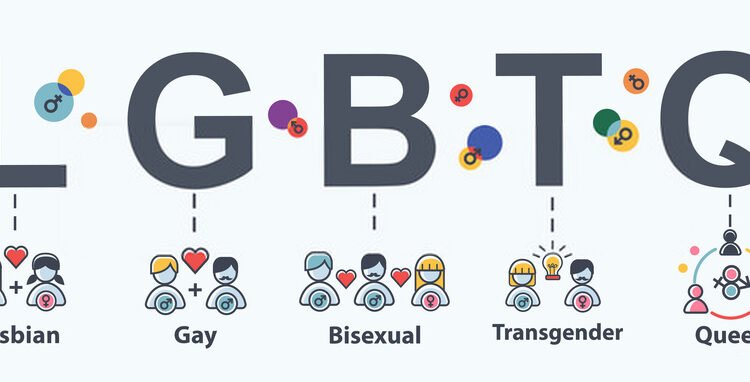 Most have heard by this time or seen the acronym LGBT and are aware it stands for Lesbian, Gay, Bisexual, Transgender (Some mistakenly believe the “T” is for “Transexual,” a word that is considered offensive). The Q, I, and A additions are less familiar to both the people within the community and Allies. Some variation is used in everyday language and appears regularly in mainstream media, workplaces, and public literature. Here we will continue to see the usage of LGBTQAI + by looking at each letter. In this article, we will use the term heterosexuality and cisgender identities, I don’t mean that heterosexuals and cisgenders are far more superior than the LGBTQAI+, being in the society for many many years heterosexuality and cisgenders are very familiar and due to a lot of spectrums are available in LGBTQAI+ community. I am mentioning it in an easier way to understand. What is Sex Vs Gener Vs Sexuality

Heterosexuality: It is a Sexual Orientation for people who identify themselves as one gender(either Male or Female) but are attracted to the opposite Gender. Often referred to as “straight.”

Cisgendered (or cis): People whose gender identity matches their assigned (birth) sex. An individual can be described as a cis man or a cis woman. Male bodied: This refers to an individual with male sexual organs, regardless of their sex at birth.

Female bodied: This refers to an individual with female sexual organs, regardless of their sex at birth.

A lesbian is a female (or someone who identifies as a female) who is only sexually attracted to other females.

G stands for Gay. A gay person is, in this context, a male (or someone who identifies as male) who is only sexually attracted to other males. “Gay” can also refer to a female who is attracted to other females but who would prefer to be described this way rather than as a “lesbian.”

The “Gay Word” can be commonly used for people attracted to same-sex or referred to as “Homosexual.”

B stands for Bisexual (Bi)

A person who has the potential to be sexually attracted to more than one gender(It can be both Man or Women).

In the past, this word was used derisively for people of a non-heterosexual or non-cisgender identity. When the gay rights movement gained strength the younger generation of activists popularized the word being used positively. It has now been largely appropriated by people who feel their sexual and/or gender identity is fluid and either shift from time to time or is simply inadequately described by other definitions.

I stands for Intersex.

An intersex person has unique anatomical or chromosomal structures, which means they physically do not fit into either a “fully male” or “fully female” identity.

A stands for Asexual.

An asexual person may be of any physical or gender identity but does not have any sexual attraction.

The “+” sign is included in the acronym to indicate that the spectrum has got many different types of sexualities and orientations that fall under this LGBTQ Umbrella term. Some people wonder why these definitions are all grouped together under one umbrella. After all, a person’s sexuality doesn’t necessarily have any impact on. That’s true but some people wanted to identify themselves in society to avoid certain complications.

There exist a few other concepts that do not get a direct mention in the LGBTQIA+ acronym but still land under the umbrella.

A person who considers themselves to be pansexual is not limited by gender definitions or biological sex. They are attracted to an individual regardless of how that person identifies.

Nonbinary: A nonbinary person does not fall to the traditional categories of man or woman but can dress, behave, and appear to be male, female both, or neither. Can also be mentioned as “Genderqueer”

Gender Fluid: A gender-fluid person expresses a range of genders that can evolve or change over time, from male and female to non-binary.

Sexuality and Gender both are complicated terms and we cannot fit that term into restricting with the traditional perception of “Man and “Woman” alone. There are a lot of people who identify themselves with their preferences that don’t fall under any of these categories. As people are becoming aware of themselves and their interests, many prefer not to label themselves.